You are here: Home / Weight loss / The Key to a Slim body

Did you know that there is one concept to master so that you can lose weight and maintain it effortlessly?

This is the idea of Nutrient Density vs Calorie Density

What do I mean by this?

Let me make it more concrete:

Didn’t you learn or hear that potatoes make you fat? Carbs are the real problem? Well, one medium sized russet potato only has 160 calories, but it has loads of healthy nutrients. That makes it nutrient dense, but very light in  calories.

You could eat 2 medium sized russet potatoes and only have had 320 calories. You could make a fat free salsa sauce with a black bean and corn mixture as toppings on the potatoes and you will still have only about 50 more calories. You can still include a salad with all the different kinds of veggies and lettuce that you like and have an additional 20 calories. Then you could make a salad dressing with a half an avocado blended with tomato, or a tahini  (sesame seed) dressing averaging at around 115 calories.

So for this huge meal you would only have eaten  505 calories.

Compare this with Meal 2

Bake the potatoes  (320 calories) with 1 cup of shredded cheese, which has an additional 420 calories. Then add a small side salad with an oil and vinegar dressing 120 calories per tablespoon of oil (traditional dressing of 3 tbsp oil to 1 tbsp vinegar is 360 calories).

So this meal  with sour cream amounts to 736 calories

Baked with melted cheese is 1145

Now what if you just had one potato, the calories would still be a whopping 925.

This is almost double the low calorie meal (meal 1).  The key is to choose ingredients that are low calorie, but have high nutrient density and remove the high calorie products that are typically lower in nutrient density, like sour cream, oil – which is just refined fat, 100% fat, and cheese which is 54 – 75%   fat. See my blog on Cheese without the smile.

What if you also added  6oz of chicken breast to  meal 2 with one potato?

That would add another 281 calories, so you would be at 1206.  The chicken might be lean meat, but it has 20% of its calories from fat. Compare that with the potato which has 1% fat of its total calories.

This meal of 1206 calories leave you with 794 calories to eat on an average consumption of 2000 calories a day.  A women who is not very active and is over 35 probably only needs 1800 calories a day to maintain her weight. This means she only has about 500 calories left. She might already have consumed these at breakfast or snacking up until lunch.  She would clearly benefit from the first meal with a plate full to the brim of food high in vitamins, minerals and fiber and low in calories. If she was still hungry after Meal 1, she could easily have a fruit salad, a smoothie or a piece of fruit afterwards and still only reach 700 calories, leaving her with 1100 calories still to consume.

It is not the potato that makes you gain, rather the toppings and sides that hurt you.

Your success is my success
JOIN

Personal weight loss coaching can give you direct results. I take you step by step through the process.

Get Thin With Me also provides community support that encourages you  from the moment you start your journey till you reach your goal.

Join me on the path to vibrant vitality 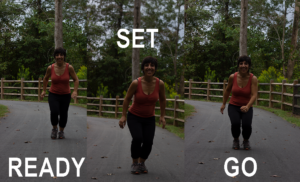 It’s the Food that is Key!